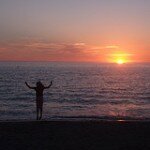 photo by mathewingram/Flickr, used under a Creative Commons license

Most would agree that elections have consequences.  Such was the case in Florida after its citizens elected Republican supermajorities in both chambers, as well as a conservative Republican governor in Rick Scott.  Several conservative measures were passed during this session, including a teacher merit pay system, abortion restrictions, election reform, corporate tax cuts, Medicaid reform, tort reform, and several constitutional amendments that voters will be asked to take up in 2012.

The most daunting task, however, was balancing the state’s budget, which faced a $3.6 billion shortfall.  This required countless rounds of negotiations, public pleas, and even a motion to extend the legislative session beyond the constitutionally-mandated 60 days.  Ultimately, the Legislature ended its 2011 session in the wee early morning hours this past Saturday in what was described by most media outlets as “the Florida meltdown.”

The meltdown started when Senators began to complain that they had not been able to vet several budget conforming bills that had substantive policy inserted into them by the House.  As such, the Senate killed some of the conforming bills, which included some of the governor’s policy priorities.  In retaliation, the House did the same to several other conforming bills. At one point, the House chamber erupted into chants of “do it again to them, do it again!”  Eventually, the House passed the budget and adjourned Sine Die around 2am as Handel’s Hallelujah Chorus played on the Chamber’s public speaker system.  Shortly thereafter, the Senate reconvened, passed a tax cut bill, and somberly adjourned Sine Die at approximately 3:45am.  The age-old Florida tradition where the Sargeants-at-Arms of each chamber meet halfway in the packed Capitol Rotunda and ceremoniously drop a handkerchief to signal the end of the session was not done this time.  There were no cheerful press conferences or gleeful pats on the back.  Everyone just went home glad it was over.

One of the hotly debated issues this legislative session as in past years was property insurance reform.  Although the Legislature took up and passed legislation to increase solvency requirements for new insurers, as well as tackle fraudulent claims and the emerging sinkhole problem, it failed to enact any reforms to the state-run Citizens Property Insurance Corporation and the Florida Hurricane Catastrophe Fund—the state’s reinsurance company.  Combined, Citizens and the CAT Fund foist enormous liabilities on the state’s taxpayers, because should a major hurricane or series of hurricanes strike the state and empty their coffers, Floridians will have to bail these two entities out to the tune of thousands of dollars a year per family for decades.

Reforming Citizens and the CAT Fund was a top priority of Governor Scott, who unlike his predecessor, cares about the state’s well-being beyond his term of office.  The Legislature’s failure to take up meaningful Citizens and CAT Fund reform was a major failure of leadership, who allowed their less than conservative “Republican” colleagues in both chambers dominate the agenda, and quite frankly, run amok. Unfortunately, I’m personally beginning to think that a hurricane needs to hit the state for the Legislature to get the picture and finally do what is right. At that point, however, it will be too late.  All we can hope for at this point is for the Legislature to see the light in the interim and in hopes that they return to Tallahassee next year prepared to enact meaningful reform.  Unfortunately, however, there is a long hurricane season between now and then.

In related (and better) news, the Citizens Property Insurance Corporation Board of Governors elected to purchase private reinsurance as opposed to relying solely on the state-run Florida CAT Fund for all its reinsurance coverage.  This is the first time in the past several years that Citizens has opted to purchase reinsurance from the private market and is a positive step toward transferring some of Citizens’ enormous risk outside Florida’s borders.  As such, should any hurricanes hit Florida, any claims that are paid to Citizens by a private reinsurance company will be money that the state will not have to pay back, as opposed to having to issue bonds to cover CAT Fund or Citizens debt.  Unfortunately, it is a relatively small amount of reinsurance coverage, as Citizens cannot afford to purchase more due to a statutory prohibition to charge an adequate rate.  However, it will reduce the likelihood or severity of post-hurricane assessments.

Previous post: Letter From Austin: A Change In Culture