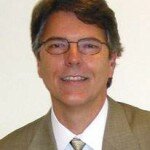 Association of Bermuda Insurers & Reinsurers president Brad Kading has an op-ed in Business Insurance on Japan’s problematic protectionist insurance regulations, and why it’s important to encourage the international spreading of reinsurance risk:

Because Japan’s catastrophe insurance regulation restricts the role of foreign reinsurers, reinsurers probably will cover a much smaller proportion of the losses from the recent disasters than if similar events had taken place in the United States. While properties in Japan ultimately are reinsured by companies from Japan, Australia, Europe, the U.S. and Bermuda, residential earthquake reinsurance, except for mutual reinsurance pools, is retained in Japan through Japan Earthquake Reinsurance Co. Ltd.—a joint venture of the country’s leading insurance companies, backstopped by the government—which does not buy international reinsurance.

With strong limits set on the amount of coverage JER can provide for specific kinds of losses, Japan’s government covers half of the largest losses. Thus, at a time when Japan’s economy is reeling from the March catastrophes, the nation’s taxpayers will shoulder much of the burden for the losses. In this respect, JER is similar to the U.S. National Flood Insurance Program, which also doesn’t buy reinsurance and now has a deficit of $18 billion.

[T]he lessons for the nation’s public policymakers couldn’t be clearer. In this technologically advanced and interconnected world, unpredictable and unfathomable disasters can and do happen. To cover the costs of these calamities, we need international risk-spreading and reinsurance.

Next post: Letter From Washington: No Change This Year