Letter from Washington: The Aftermath of Hurricane Irene 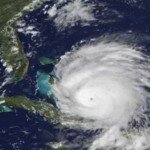 The coming of Hurricane Irene, the first significant tropical weather event to strike the continental United States since 2008, has brought many groups out of the woodwork to call for a national catastrophe fund that would “backstop” private insurers and/or state run catastrophe insurance entities. Of course, this is an awful idea (check here with http://www.smartersafer.org for more reasons as to why) but it’s also worth noting how poorly Irene makes the case for any change to the fundamental way we structure public policy related to insurance. Irene reveals that the way we have of paying for damage is essentially functional while the serious problems that exist don’t have much to do with insurance.

Although it’s too early to know for sure, there doesn’t seem to be any problem with getting insurance claims paid. A Reuters’ article puts it well: Irene was not a “solvency event.” Although it’s possible that the storm could have done in some undercapitalized Florida insurance companies or, perhaps even one of the state’s residual insurance mechanisms, it appears that no insurer or publically-run insurance mechanism is going to be in trouble or have trouble paying claims. Likewise, while the insurance market’s persistent softness and declining rates could end (they might have anyway) it seems hugely unlikely that insurance rates are going to soar because f Irene. Bottom line: the insurance system is perfectly sound post Irene.

On the other hand, there are real problems: Vermont may lose some historic and nearly impossible to replace covered bridges; the death toll of around 40 was higher than most hurricanes since weather satellites began offering ample advance warning in the mid-1960s. (The fact that it struck in places that are generally less prepared for hurricanes almost certainly cost more lives than if it had hit in Florida.) This means, likely, that the nation needs more preparation for first responders, better methods to predict the course of hurricanes, and probably more retrofitting of public infrastructure. Efforts to preserve coastal wetlands and encourage home mitigation are also in order.

**
My flight out of town for a vacation left just a few hours before the worst rain from Irene hit D.C. Upon my return, just about a week after the storm hit, I couldn’t see one lick of damage in my neighborhood. While my sister in laws’ house did have a tree fall in their back yard, I don’t know of any still-visible damage in the Washington, D.C. area. (New England and North Carolina, of course, did sustain more serious harm and not to mention deaths.)  On the other hand, the minor earthquake that struck this area almost two weeks ago has left both the National Cathedral and Washington Monument damaged severely enough that the latter is closed indefinitely. D.C. is moderately well-prepared for hurricanes—most people I know have emergency kits and even offline generators aren’t unheard of—but there’s almost no earthquake preparation here.

The standard response to this situation is to encourage “all hazards” preparation. That’s the official doctrine of FEMA and certainly makes some sense. The “Storm Center” device that I have—a battery operated radio, light, and mobile phone charger—is just as useful if a hurricane or an earthquake knocks out the power. But this kind of thinking does have its limits; preparing for some types of disasters doesn’t help prepare for others.

Here’s one example: the most hurricane-resistant form of construction—cement block houses—are the worst form of construction in areas prone to earthquakes. (This is a problem in Caribbean areas that suffer from both threats and probably a reason—on top of poverty and corruption–that Haiti sustained so much damage in the 2010 earthquake.)  Although there are certain “rescue” skills that are transferable, rescuing people from rising floodwaters requires different equipment and expertise than rescuing them from a wildfire.  The bottom line: all hazards is a nice idea but, actually, individual areas may be best off preparing for the disasters they are most likely to face.

Another piece of data to indicate how little we really know about hurricane patterns and how bad we are at forecasting them with any precision into the future: the current Atlantic hurricane seasons, measured by landfalls in North America, is quieter than last years. On the other hand, the overall pace of the season (in terms of storm formation) is about the same as the 2005 season that included Katrina and had the most total storms of any season since good global weather satellite coverage began. (Historical records, which include only land-falling storms, indicate that some seasons in the 19th century were either much worse or that something is stopping storms from making landfall these days.)  But not even that is the whole story. The pace of storm formation at this point—early September—was also about the same in 2006’s ho-hum storm season. In other words, when it comes to predicting hurricanes, it appears that most predictions or views of historical records yield results little better than chance.

Next post: National Catastrophe Fund is not the Answer