Can Credit Unions Fill the Gap in Small Business Lending? 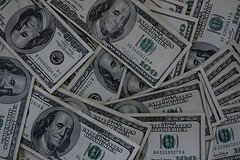 photo by Jeremy Yerse/Flickr, used under a Creative Commons license

The November elections may have ended the political careers of dozens of federal lawmakers, but those lame-duck legislators may be giving a new start to an important amendment that affects the credit union and lending markets.

Since 1998, credit unions have faced a legal cap on the amount of member business loans they may write. An amendment to the Small Business Jobs and Credit Act proposed by Senator Mark Udall (D-Colorado) relaxes current laws barring credit unions from making loans of more than 12.25 percent of their total assets to member businesses. The Udall amendment would change these caps but not eliminate them.

Udall introduced the amendment last July, and it might come up for a vote during the lame duck session of Congress.

“There are certainly people on the hill who want to bring it up during lame duck. And I tend to think the chances of it passing are pretty good,” said Eli Lehrer, national director of The Center on Finance, Insurance and Real Estate at The Heartland Institute.

Efforts to boost lending through government stimulus, the purchase of bad assets from banks, and federal takeovers of financial institutions have resulted in weak economic growth and failed to reduce unemployment. New sources of lending outside the traditional banking sector could present a new source of money for businesses. One of these alternatives is member business lending by credit unions.

Supporters of the new legislation — the Promoting Lending for America’s Small Business Act — argue raising the cap on credit union member business loans would open up new avenues of credit to small business, where traditional banks have been unwilling to invest. Fred Becker, president of the National Association of Federal Credit Unions (NAFCU), argues that lifting the cap on member business loans could spur new job creation.

“Given that the strength of the economy and labor force is strongly influenced by the health and well-being of the small business community, lifting the arbitrary restriction on credit unions’ business lending ability is a common-sense and cost-effective way to ensure that creditworthy small businesses have the capital they need to help spur job creation,” wrote Becker in a letter to Congress.

The Credit Union National Association (CUNA) has estimated the proposed loosening of restrictions on member business lending could create more than 108,000 new jobs.

“We estimate that if the Udall amendment were law, credit unions could lend an additional $10 billion to small businesses in the first year after implementation,” said Richard Gose, senior vice president of political affairs at CUNA. “This would help small businesses create over 100,000 new jobs.”

Open access to credit is an essential component of a market system, and the tightening of credit markets in the past year has businesses and entrepreneurs struggling to sustain themselves and grow. Small businesses have suffered the most. Small- and medium-sized businesses are a key engine of the economy, creating between 60 and 80 percent of new jobs. The lack of credit for small businesses slows economic recovery, so efforts need to be made to get credit flowing where it is needed and best used.

“The Congress just passed a bill giving small banks $30 billion of tax payer dollars to lend to small businesses, while leaving an additional $10 billion on the table at no cost to taxpayers,” said Gose. “The average business loan a credit union makes is $220,000.  Banks are not making those loans. Credit unions are ready to step in and help out.”

Opponents of expansion argue credit unions should not be allowed to operate like banks. The American Bankers Association (ABA) and other such groups claim the expanded range of products credit unions offer are closer to the mutual savings bank model and should be regulated as such. Failure to do so, they say, could give credit unions an unfair competitive advantage.

In a joint letter to Congress by the ABA and other banking organizations, the banking industry argued that raising the credit union lending cap would move credit unions too far from their intended purpose.

“Eliminating the business lending cap and expanding credit unions’ already broad authority would substantially increase the risk exposure of credit unions and result in credit unions straying further from their traditional mission of serving consumers, especially those of modest means. Most importantly, efforts sought by Sen. Udall and the credit union industry would only impact a handful of credit unions,” said the ABA letter.

The ABA letter also contested the credit union’s claims that removing the rate cap would have a strong effect on business lending, arguing that the number of credit unions offering business loans is already low and falling.

“Furthermore, the National Credit Union Administration reported that the number of credit unions offering any business loans fell by 14.3 percent since the beginning of the year, to 1,674 credit unions,” wrote the ABA. “Therefore, raising the cap would have very little impact on lending to businesses.”

Matthew Glans () is a legislative specialist in financial services for The Heartland Institute.