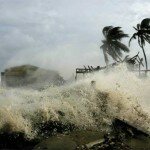 The new legislature in Florida could lead to a new era in wind insurance in Florida. An interesting new post from Bob Sanchez from the James Madison Institute discusses the end of hurricane season and the new opportunities for Florida’s leaders to fix the property insurance mess.

Sanchez discusses how Florida dodged a bullet with no major storms hitting the state; given the precarious nature of the state’s insurer Citizens and its’ cat fund, a major storm could create a fiscal nightmare.

“Moreover, there’s a key difference now that gives Floridians yet another reason to dread a storm: When previous disasters occurred, most Floridians could count on property insurance from mainline companies with worldwide resources to reimburse them for repairing damage and replacing losses.

Now, however, that’s no longer the case. Given that the state government’s socialist experiment dubbed “Citizens Property Insurance” is Florida’s largest provider, one major storm in an urban area – or a series of lesser storms anywhere in the state – could bring about another kind of disaster, with the fiscal damage to the state’s treasury and taxpayers alike easily eclipsing the physical damage to the state’s public and private infrastructure.

The good news is that by sparing Florida in 2010, Mother Nature gave Florida’s new leadership team a chance to begin fixing the state’s property insurance mess before yet another hurricane season begins next June. Let’s hope they do.”

Sanchez’s post, “Dodging a Bulletin,” is available online at: http://www.jamesmadison.org/blog/dodging-a-bulletin.html