A Change In Leadership Means Florida’s Residual Windstorm Insurance Market May Shrink, At Long Last – Or It May Not 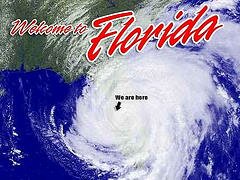 photo by hikingviking/Flickr, used under a Creative Commons license

But in Florida, the state with the greatest level of windstorm risk, the state run insurer, Citizens Property Insurance Corporation has continued to grow and efforts to depopulate the residual market by placing policies into smaller subsidized private companies have seen mixed results.

A change in Florida political leadership has brought hope of windstorm reform, but experts say it’s too soon to say how quickly these reforms might be enacted, or how effective any proposed reforms will be.

“When Florida’s insurance regulators evidently yielded to political pressure and disallowed reasonable rate adjustments, some major insurers prudently decided to decrease their exposure in Florida. Several initially declined to renew a percentage of their policies, especially in high-risk coastal counties, and announced plans to withdraw from Florida altogether,” says Sanchez.

“Unfortunately, the Legislature’s 2007 attempt at reform had the unintended consequence of making the situation worse. Subsequent attempts to rectify those problems were discouraged by Gov. Charlie Crist, an avowed populist who famously celebrated State Farm’s announcement that it planned to withdraw from Florida’s property insurance market. The inaction prolonged a situation in which private insurers’ rates were suppressed, Citizens grew, and Floridians in low-risk inland areas were essentially forced to subsidize lower-than-market rates for property owners in high-risk coastal areas,” Sanchez says.

Meanwhile, Louisiana’s success in shrinking its residual windstorm insurance program has also been political – the result of tough political decisions – according to Louisiana Insurance Commissioner James Donelon.
Since its all time high of 170,000 policies in the years following Hurricane Katrina, Louisiana Citizens has successfully shed thousands of policies back to the private market, now down to around 129,000, a number which continues to shrink says Donelon.

Donelon attributes the successes in depopulating Citizens to a commitment to keeping the rates of their state run insurer competitive, and suggests that one of the problems with Florida Citizens was the decision to force rates down instead keeping them competitive.

“When these rates are kept competitive, the residual market does not have to interfere with the private market and can be a true insurer of last resort,” says Donelon, who says that Louisiana Citizens is now financially prepared to withstand a hurricane as strong as 2008’s Hurricane Gustav, which caused insured losses of about $4 billion overall.

Reactions from Louisiana policy experts to the state’s depopulation of Citizens have been positive. Kevin Kane, president of the Pelican Institute for Public Policy, a public policy think tank based in Louisiana argues that Citizen’s efforts to shrink its number of policies are a step in the right direction.

“In recent years Louisiana has been taking steps to expand the private market and shrink the residual market. This seems to be bearing fruit and we hope the state will continue to move in this direction,” says Kane. “A state run residual insurer can distort the market and crowd out competition. This harms consumers and taxpayers. It appears that the state is committed to continuing in this direction. Louisiana is facing large deficits and is not in a position to expand state run programs, insurance or otherwise.”

Back in Florida, Sanchez argues that the election Governor Rick Scott could lead to a change in how Citizens is run and a chance for current trends to reverse.

“Now that Governor Crist has left office, there may be a better chance for Florida’s private property insurance market to recover. Both the new Governor, Rick Scott, and the legislative leadership are generally supportive of free-market principles. They know that a robust private property insurance market akin to Florida’s robust competition in auto insurance would serve property owners and taxpayers much better in the long run than the over-reliance on a state-run insurer,” says Sanchez.

But Sanchez also believes that the political realities of windstorm insurance in Florida would likely force any changes to Florida insurance regulation to be gradual.

“An abrupt soaring of rates could cause a political backlash and a shock to a weak economy,” says Sanchez. “Therefore, we would expect legislation to pass this year or next to rectify some of the problems attributed to the 2007 legislation and allow a phased-in migration back to a robust private property insurance marketplace in which the rates reflect the risk.”