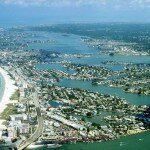 Florida’s property and casualty insurance market needs reform. Most of the steps required to fix the state’s broken regulatory system and restore competition to the market will be not quick or easy, but they need to be done, and soon. In a recent article in the Bradenton Herald,  Florida State Senator Mike Bennett and Representative Jim Boyd voiced their concern about the insurance market and a need for reform.

“Boyd, who operates an insurance agency, and state Senate President Pro Tempore Mike Bennett, R-Bradenton, both plan to work for property insurance reform during this year’s session, which starts March 8.

Boyd favors passage of a reform bill aimed at Citizens Property Insurance Corp., returning it to the insurer of last resort.

“There’s a growing, enormous liability that we continue to create as a state that, if we don’t get our arms around it, it’s going to be a big problem sooner rather than later, because we know we’re going to have storms,” Boyd said.

Boyd also will push to encourage private insurers to return to the state, “so we have a vibrant, competitive market,” he said. “In the big picture, competition fosters competitive pricing, regardless of what you do.”

Bennett also would like to see a competitive property insurance market.

“Let the consumer shop,” he said. “Create some free-market competition.”

Christian Cámara of the Center on Finance, Insurance and Real Estate at the Heartland Institute and Thomas Perrin, Public Affairs Director, James Madison Institute responded to this article in a letter to the Herald, arguing that the state’s poor management of its property and casualty insurance market during the Crist Administration has created big problems that require big solutions.  Cámara and Perrin argue that unless changes to Citizens are made soon, taxpayers could be on the hook for millions in the aftermath of a major storm.

The “enjoy now, pay later” policies of the Charlie Crist administration have caused the state-run Citizens Property Insurance Corporation to become the largest insurer in Florida after its rates were arbitrarily lowered and frozen by politicians in Tallahassee in 2007. This unfair competitive advantage largely drove away private insurance companies (and the much-needed capital they could pump into our communities after a hurricane) and placed taxpayers one storm, or series of storms, away from having to bail out the massive state-run property insurer Citizens.

Taxpayers need to know that unless the system is reformed and private competition is restored, bailing out Citizens could mean massive taxes on all policies — including property, boat, renters, and car insurance — which could almost double those bills for up to 30 years.

Next post: Are housing prices falling? And if so, do we need Fannie and Freddie to save us?