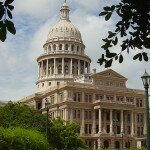 The Heartland Institute will be holding an event in Austin, Texas on January 27, in cooperation with its partners, will present a half-day program to clarify the nature of the state’s insurance environment and offer solutions from similarly situated states.

Julie Drenner, the Texas Director of Heartland’s Center on Finance, Insurance and Real Estate recently wrote a new piece for Finance, Insurance and Real Estate News outlining five steps on how the state can stabilize its’ state run windstorm insurer, the Texas Windstorm Insurance Association or TWIA. In her piece, Drenner makes several suggestions on how Texas can move away from TWIA and towards consumer choice and improved mitigation.

Texas is prone to hurricanes. As a result, wind insurance is expensive in the coastal areas of the state and will remain so regardless of public policy. Over the past two decades, the Richards, Bush, and Perry administrations have all appointed insurance regulators who have attempted to dictate how much insurers can charge for coverage along the coast. The practice has failed yet it continues today.

As part of the effort to keep prices down and make sure coastal residents could find insurance, the Texas Windstorm Insurance Association (TWIA) was created to serve as a “market of last resort” for those unable to obtain private insurance. TWIA, however, has become the largest insurer in many coastal areas and now competes with the private sector. Although technically “fire-walled” from the state’s general fund, it’s actually a taxpayer liability; other states — including Florida, Mississippi, and Louisiana — have used general revenue to bail out similar entities. Texas needs to stabilize the situation. To do that, the legislature should consider five steps:

1.    Let Consumers and Insurers Decide Themselves on Fair Prices for Insurance:

The government has a legitimate role in overseeing insurance. But, just as it does not dictate how much people pay for food, housing, life insurance, or clothing, the government should not set coastal insurance prices. When individuals live in higher risk areas, they must shoulder that responsibility without expecting a government subsidy.

TWIA, as a result of mandates from the Texas Department of Insurance, provides insurance that competes directly with the private sector. TWIA coverage should be “bare bones” and non-competitive so that private investors, not taxpayers, pay when TWIA policyholders make claims.

3.    Insofar as it Continues, Minimize the Burden that TWIA Places on Taxpayers:

The last time a major hurricane struck Texas—2008’s Hurricane Ike—Texas taxpayers were spared a crippling rebuilding expense since reinsurers picked up the tab. The current bond financing of TWIA is insufficient to pay claims of this magnitude, thus it should spread the risk and purchase a reinsurance policy.

4.    Avoid Any Effort to Create a “Catastrophe Fund,” Backstop, or Other Mechanism Behind TWIA:

TWIA’s debt financing is unsustainable due to the weak economic market. Proposals to expand this capacity or create a “backstop” (a state-run reinsurer) violate the basic insurance principle of broadly spreading the risk. Private insurers and reinsurers spread risk around the world; a Texas fund would concentrate risk here in Texas. Since taxpayers are ultimately liable for claims not covered by TWIA premiums, the state treasury is vulnerable to the whims of Mother Nature.

Previous post: Here are the GOP’s Budget Cuts — to Cut