OOTS On Wealth – How Much Money Does It Take To Be A Sugar Daddy? Q&A With Stephan Smith Of SeekingArrangement.com 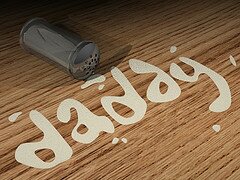 photo by matthewvenn/Flickr, used under a Creative Commons license

There was a lot of hemming and hawing and angsty disagreement in 2010 over whether earning $250,000 a year in the United States makes a person rich. It seemed to play out like this: People earning $250,000 a year largely said no, it doesn’t. Families earning less than $250,000 – 98% of families, that is – said, um, yeah, it’s rich. But this difference in perception got at something we found interesting: how contextual the perception of wealth – one’s own wealth and other people’s wealth – is.

It got us wondering about how people from different walks of American life perceive their own wealth, and wealth generally. We spoke with a teacher living on an Indian reservation who feels wealthy earning less than $30,000 per year; we spoke with a lawyer who represents accident victims about how a big recovery changes his clients’ lives; an entrepreneur in Mississippi told OOTS News about his estate, bought for less than $100,000; the PR director for a website setting up wealthy men and the women who love them tells us how much money it takes to be a sugar daddy. We found out how much money it takes to be and feel wealthy in New York City, and how much money it takes not to be or feel wealthy in Washington, D.C. We will be running these explorations of money and wealth over the next few weeks.

First up: How much money does it take to be a sugar daddy? Not that much, actually.

Stephan Smith, PR director for SeekingArrangement.com, billed as the Elite Sugar Daddy Dating site, recently spoke with OOTS News about how elite a sugar daddy has to be to seek an arrangement through his site.

OOTS NEWS: You mean a man who’s got money and needs to stand out from the other men who don’t?

SA: Yeah. The guy who doesn’t want a serious relationship and may not have more money than the other average guy out there, but does like the concept of a mutually beneficial, no strings attached arrangement as opposed to traditionally relationships so he can budget with his disposable income in a way that would facilitate it.

You know, because you know you don’t have to be Hugh Hefner to be a sugar daddy. That’s kind of one of the Seeking Arrangement promotes as the redefinition of those terms.

SA: Well as Brandon Wade said on Playboy Radio, a truck driver could be a sugar daddy if he has enough disposable income at the end of the month to pay a sugar baby with. As long there is a disposable income of about one thousand dollars per month, I would say that would be more than enough to have an actual arrangement with a sugar baby.

OOTS NEWS: So one thousand dollars per month you think is about what it takes to keep somebody?

SA: I would say depending on where you live. I talked with a sugar baby in New York last week and she told me she turned the guy down for offering her a two thousand dollar per month allowance in New York City, because that doesn’t even cover rent in most places in New York City.

So she said maybe he needs more experience with meeting New York sugar babies, because maybe in Kansas a two thousand dollar a month arrangement would be more than enough. But apparently for her, that was not the case in New York.

OOTS NEWS: So do you have numbers? Do you know [the] average in different places? Do you guys operate worldwide or is it just in the US?

SA: We operate world-wide. I do actually have some numbers that we got here from our team. They pulled up a lot of numbers about the membership in different cities and I do have the top ten list of cities in the world. Number one is New York and then followed by Los Angeles, and third on the list here in the United States is Houston.

What I have here I actually got the top ten sugar daddy capitals of the world. Starting with California – and this is in terms of states, not just cities.

OOTS NEWS: And this is where you’ve got the most members?

SA: Yeah, Canada. There’s a lot of Canadian members. And number seven is Illinois, number eight is Massachusetts where Brandon wade went to MIT, number nine is Georgia, and number ten is Washington.

OOTS NEWS: Okay. That’s fascinating. That’s not what I would have guessed.

OOTS NEWS: Your site advertises that it’s a place where mostly wealthy older men can find younger women to find these mutually beneficial relationships. So…

OOTS NEWS: So how wealthy is wealthy?

SA: Well I would say from what I’ve heard throughout my experiences “wealthy” is someone who has a net worth of over $100,000 and an annual income of six figures. Those kind of sugar daddies are usually referred to more as the legitimately, “real” sugar daddies.

But I would say from where we would stand as long as you follow the concept of a mutually beneficial relationship, you can serve that role without having tons and tons of cash as long as you are being honest and upfront about what you can provide, as a sugar daddy, whether it would be help with a little bit of some cost for college or you know any number of different things that may not be as extravagant as what a really wealthy sugar daddy could get.

But to answer your question, I think most would say a sugar daddy that would have you know a six-figure income annual income or more.

OOTS NEWS: So like how about Kansas? Do you know what the wealth expectations are for people who live in Kansas?

SA: I actually don’t think that we did have anything in Kansas. But to answer your question I think it would be one of the things, since we have a lot of single moms who want help with, you know, just paying the baby sitter and things like that, it would be more common in a Kansas-type location whereas in NYC it might be expected of you to spend a lot more on a regular basis and include extra perks and all kinds of stuff.

In Kansas it would be just really appreciated if you could  just help with getting the person on their feet or giving that really valuable extra bit of resources. So they can really live with a lot less stress.

OOTS NEWS: That’s really interesting. So probably what that touches on is that the women in New York probably have more access to money on their own. I mean probably they are able to bring in more of their own money without seeking an arrangement.

OOTS NEWS: And so if they’re going to be seeking an arrangement, it’s going to be somebody who can provide them with real luxury. There are probably fewer economic opportunities in the first place in Kansas.

OOTS NEWS: There not being as many fancy restaurants or big parties to go to – probably also you have fewer opportunities to just make a regular living if you’re a single mom.

SA: Yeah, I mean because in New York, a model sugar baby can find different ways of, you know, you get jobs at Starbucks. The whole sugar daddy phenomenon is really being examined as such by more and more institutions. George Washington University just finished their study on the sugar daddy phenomenon in New York. They’re publishing their findings.

They put several months researching in New York City, the sugar daddy community/subculture/scene, whatever the term is. There’s more of a growing kind of understanding about what this, what it is.

You know, marriage as an institution is changing and the importance of it in our society is changing. I think people are…we’re always changing and I think this is yet to be seen in terms of what it fully means, in the long run.

OOTS NEWS: Do you do wealth screening on the people who advertise on the site?

SA: There are some sugar daddies who actually elect to be screened by us. Those are called the Diamond Club members. But we do not require each sugar daddy to be screened.

However we do screen every single profile before it’s allowed on the site. Like so someone’s trying to access the site and create a profile from another country and they do so let’s say a guy in Nigeria creates a profile and claims he’s in LA. Well on Seeking Arrangement and the sister site, Seeking Millionaire, any user can see that the person is logging in from Nigeria but they’re claiming to be from New York.

That’s one of the things that you know, we have in place to protect both the sugar daddies and the sugar babies and both types of members or anyone using the site.

OOTS NEWS: Do you have any sense of the overall wealth of the people who are looking to be sugar daddies? I know you said anybody could be as long as they got about one thousand dollars per month disposable income.

OOTS NEWS: They’ve got that in savings or real estate?

SA: That’s correct, yeah. They’re probably counting their savings and real estate. Usually it is over $150,000. As far as their annual income, I see the same thing. It’s usually over that six figure mark.

SA: Yes, actually, a lot of them are married. About fifty percent.

OOTS NEWS: Is it the same with the women too?

SA: No actually. It’s less of the women are married. Less than twenty percent of them are married. They’re generally between the ages of twenty two and thirty five, but it varies. Of course, we only allow eighteen and over. Escorts are allowed but that’s totally not what our site is about.

OOTS NEWS: How about the men – how old are they usually?

SA: The men are usually anywhere I’d say usually between thirty and sixty. But most of them I think are in the forties. Most of them are in their forties and fifties. But there’s more and more younger guys doing it I feel. A lot of the workaholic guys are just choosing these kind of no strings attached, mutually beneficial arrangements. But it’s certainly the forties and fifty-year-old guys that are most on the site.

OOTS NEWS: Interesting. And did the recession change the business at all?

SA: Actually yeah. The recession was certainly already kicking in but in 2008, you know, around November I think. We certainly saw a big change starting from that period in 2008 in the fall we saw our sugar baby membership steadily increase at a growing rate. I think it was the recession and the fear. Sometimes, it was really sad.

SA: Well certainly it has. I have never pursued one of these relationships.. Well actually, that’s not true. I totally did try to get a sugar daddy and I don’t have the threshold to resist the rejection because there’s so much rejection for sugar babies and you have to have the confidence and not be affected by it. But it did change my views on money and relationships.

Tagged as: OOTS on Wealth