Letter From Tallahassee: Skip The Decaf, But Stay For The Politics 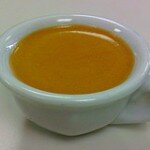 photo by Adrian Salgado/Flickr, used under a Creative Commons license

I send you literally warm greetings from balmy Florida.

Things in Tallahassee are relatively quiet these days with the regular legislative session behind us, as well as most students back home for the summer.  The rest of the state, however, is hustling and bustling.

Last week, Democrat candidate Alvin Brown narrowly defeated Republican candidate Mike Hogan for mayor of the normally Republican stronghold of Jacksonville.  This was a closely watched election by both parties and their pundits.  The mainstream media fawned over Brown’s victory in historically Republican Northeast Florida as a major political shift favoring Florida Democrats reeling from last year’s loss of every statewide race and enough seats to award Republicans super majorities in both chambers.

This week, however, is Miami-Dade County’s turn.  The state’s largest county will hold a series of special elections for vacancies stemming from the recall of the county mayor and a county commissioner.  Despite the overwhelming voter registration advantage the Democratic Party enjoys in Miami-Dade County, it is widely expected that Julio Robaina, the Republican mayor of the City of Hialeah will win the race for county mayor, and Republican Steve Bovo, who recently resigned as a member of the Florida House of Representatives to run for the vacant county commission seat, will win his election.  It will be interesting to compare the media’s giddy coverage of Jacksonville’s Democratic victory against their coverage of the expected Republican victory in Miami-Dade.  But I digress.

Meanwhile, Florida TaxWatch, an independent government watchdog group that exposes government waste, released its annual “Turkey List” of government spending it has identified in the proposed budget passed by the Legislature.  “Turkeys” are Florida’s version of Washington “Pork.”  So despite an almost $4 billion shortfall in expected revenues, the Legislature managed to stuff its $69.7 billion budget with over $202.9 million in what TaxWatch identifies as “turkeys.”

It remains to be seen whether Governor Rick Scott agrees with TaxWatch’s “Turkey” designations.  Florida governors have the power to exercise the line-item veto, and this will be Governor Scott’s first year in office to sign the budget into law.  Historically, Florida Governors have exercised their line-item veto authority, including appropriations flagged as “turkeys” by TaxWatch.  Governor Scott has already expressed his intention to veto some projects and has announced his plans to sign the budget this Thursday at the voter-rich The Villages retirement community in Central Florida.

And so they’re off.  I just hope that when candidates start visiting Miami, they have the sense to order a Cuban espresso at the Versailles Cuban Restaurant coffee window, instead of disrespecting an entire community and its institutional defacto community headquarters by ordering a decaf.  That’s free advice for all you twenty-something advance staffers. I’m serious.