Letter From Tallahassee: Weinergate Has Prepared You 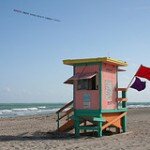 photo by Sean Barnard/Flickr, used under a Creative Commons license

This week has seen some interesting news out of this, a normally boring state.

This week Governor Rick Scott signed another controversial bill into law requiring welfare applicants to undergo a drug test at their expense.  Those applicants that pass, however, are reimbursed the cost of the drug test.

The bill, which passed almost entirely along party lines, bans those who test positive for illicit drugs from receiving welfare benefits for six months, at which time they may reapply.  If a second drug test returns positive, a person is banned from receiving benefits and reapplying for three years.  Parents who fail drug tests must name a state-approved designee to receive the welfare benefits on behalf of the children.

Needless to say, the ACLU has already vowed to challenge the law in court.

This week has been a bad, bad week for one politician.  Those of you non-Floridians reading this probably think I’m referring to New York Democrat Congressman Anthony Weiner.  While I will not in any way argue that this has not been a really bad week for Weiner, that’s not who I’m about to discuss.  This has been an especially difficult week for Florida Senate President Mike Haridopolos, who is seeking the Republican nomination for US Senate next year.

Haridopolos’ week went awry when he went on the Ray Junior radio show.  The interview was going well until the host asked Haridopolos his position on the Ryan Medicare Plan.  The Senator repeatedly refused to answer the question even though the host continued to press him on the issue.  Ultimately, the radio host literally hung up on him out of frustration.  The audio can be heard on youtube , but be prepared to cringe—not that “Weinergate” hasn’t prepared you enough.

Next post: Q&A With Twenty-Something Business Owner Heather A, About Being Young And In Charge