Letter from Washington: NFIP, Green Scissors and Zero Based Budgeting 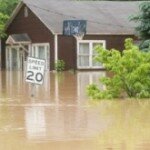 The Senate banking committee passed a Senate version of the flood insurance bill this past week. Although Senate floor time is precious, I would tend to expect that it will get a floor vote reasonably soon. The bill has a lot to like: it raises rates on the most flood-prone properties, streamlines mitigation programs, and puts NFIP on sounder financial footing. It doesn’t have some things I would have liked, including a faster phase-in period or guaranteed, quick implementation of the best possible maps everywhere. It also doesn’t forgive the NFIP’s $18 billion plus debt (I’m loathe to do that, but, almost certainly, doing so would be a necessary prerequisite to privatizing it.)  Sen. Roger Wicker’s very well conceived COASTAL Act (which sets up a standardized loss allocation system for coastal properties) also isn’t included, although I have it on good authority that it’s not dead by any stretch of the imagination and will likely move forward in some form.

The Senate bill is also close enough to the House version that, unlike the last time both chambers passed legislation four years ago, the two bills seem likely to be able to go to conference and emerge. Given the sheer number of things going on, it strikes me as unlikely that there will be a final resolution on the issue before the program technically expires on September 30th so we’ll probably have at least one more short term reauthorization. But, personally, I expect that there will be a decent long-term reauthorization of flood insurance before Thanksgiving.

I spent the first part of this past week in Kalamazoo Michigan doing an event on Green Scissors with our friends from Republicans for Environmental Protection and Friends of the Earth. FOE President Erich Picca told me that his group was taking a lot of flak for its participation in the Green Scissors Coalition. Heartland has also taken much of the same flack for taking part in a coalition with Friends of the Earth and for some of the positions we’ve taken.  The main criticism from the Right has come from the report’s rejection of fossil energy subsidies. People I like and respect have told me that it amounts to “unilateral disarmament” that will tilt the playing field towards unworkable and untested renewable energy sources favored by green groups. This argument falls apart on close inspection. Here are three reasons why:

Second, the fact that some alternative energy subsidies are unwise and unworkable doesn’t make them environmentally harmful.  The report is about finding common ground. Personally, I’m entirely against government subsidies for the generation of alternative energy (something the report doesn’t touch on), but I don’t believe that there’s a good case they are environmentally harmful overall. (Some, like wind farms in certain locations, may be, but that’s the exception rather than the rule.)

Third, if the reasonably modest alternative subsidies that would survive “Green Scissors” (small credits for generating alternative power and smaller ones for personal use) are really sufficient to tilt the playing field towards renewable/alternative energy, then we probably ought to switch to those forms of energy anyway. No matter what one thinks about climate change impacts, forms of energy that don’t have to be pulled out of the ground and don’t produce significant particulate emissions are better—all other things being equal—than those that do. In the real world, everything I know indicates that all other things are not even close to equal and that most forms of alternative energy have reasonably little promise for generating large amounts of power at prices that people can afford. But if they do succeed on a mostly level playing field, then we’ll be better off for it.

A colleague of mine has been doing some research on zero-based budgeting for an article I’m working on about applying zero-base principles to taxation. (A zero based budget starts with an assumption of not spending a penny and then justifies it from there each year.) The idea of budgeting that way, which the Carter administration loved, hasn’t caught on.  According to my colleague’s research, only one part of the United States—the Commonwealth Northern Marianas Islands—appears to use it regularly. And, if you believe the book written by OOTS founding editor Arin Greenwood (I certainly believe it and recommend you read the book), it’s one of the most corrupt places in the country.  So, at the very least, zero-based budgeting doesn’t exactly bring about good government.  Oh well.

Next post: Do Fed’s $1.2 Trillion in Loans Indicate a Worse Crisis Than We Knew?