Letter From Austin: If TWIA Won’t Be Reformed, Should It Just Be Abolished? Senator Fraser Says Yes. 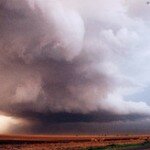 As a sign of the deep frustration over passing any TWIA bill this year, Senator Troy Fraser, R-Horseshoe Bay, filed a bill to completely abolish the association. Most surprisingly, nineteen of the thirty-one Senators co-signed the legislation. The bill itself is not friendly for the free market since it requires private insurers to write policies on the coast in proportion to their market share. Such a governmental mandate would drive the private industry out of the state completely due to over-regulation.

However, Fraser’s rational for abolishing the agency is legitimate. He states that TWIA’s unfair competitive advantage is inconsistent with its designation as an insurer of last resort. Instead, it is the primary insurer, writing forty percent of the policies in the state. The unfairness of the situation is highlighted by the fact that TWIA does not operate under the same rules of solvency as the private market is required to comply. TWIA’s rates are insufficient to bring in the revenue to cover the liability existing along the coastline. Thus, all policyholders statewide pay the price for the artificially low insurance rates.

With only ten days remaining in the special session, it is doubtful this bill will even be granted a hearing, but it certainly sends a message: Fix TWIA or get the government out of the insurance business.

The Senate committee on Business and Commerce finally passed out their TWIA reform bill mid-week.  So much pressure has been on the committee that it actually shut off the phones during the closed door negotiations between the Texans for Lawsuit Reform and the Texas Trial Lawyer Association.

The committee report removed an 18 percent prompt pay penalty to apparently appease the Governor. But Chairman John Carona had fighting words for his counterparts in the House who may want to make any other major changes to the Senate’s version.  The full upper chamber is expected to hear the bill by week’s end.

Next post: Should Historical Preservation be a Role of Government?