Letter From Austin: Beware The Bogus Inspector, And Other TWIA Tales 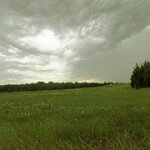 photo by bea-t/Flickr, used under a Creative Commons license

With legislation on the way to the Governor’s desk to reform Texas’ insurer of last resort, the board of the Texas Windstorm Insurance Association (TWIA) voted to increase rates by 5 percent.  The proposal is part of an approach implemented last year to annually raise rates until it can cover its liabilities.  The five percent figure was chosen since TWIA does not need permission from the Texas Department of Insurance for such an increase.  However, the plan is based on the assumption that no hurricane will make landfall and deplete the reserves in the catastrophe fund.  But, should Texas experience a major event this year, the board’s actions may be a too little too late.

The windstorm inspection certifications of over 400 properties in Corpus Christi were fraudulently issued over three years ago – the certifications were issued by someone who wasn’t actually an inspector. Under Texas law, an inspection for TWIA coverage must be conducted through an actual state inspector or an engineer, who has been appointed by the Insurance commissioner. Once inspected, TWIA is required to insure those properties.  The fraudulent inspector stole two different engineer seals and affixed them to the inspections before submitting them to the Department.

While this wrongdoer served two years of probation, the duped property owners were never notified about the compromised status of their insurance coverage.

Those receiving notice are advised to contact the Department of Insurance immediately.

It’s no surprise that Texas ranks among the top five states with highest losses due to natural catastrophes according to the latest Allstate report. Beaumont had the largest percentage of storm damage claims in the state from 2006 to 2010. But even El Paso, which is hundreds of miles from the coast, ranked sixth for wind and hail damage.

Next post: Should Tax Loopholes be on the Bargaining Table?