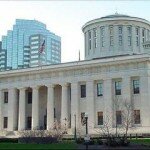 When legendary anthropologist Margaret Mead was once asked her view of the first sign of civilization, she didn’t offer up pots, jewelry, or grinding stones.  “A healed femur” was her reply, for this relic signified the moment in time when compassion trumped the law of the jungle and allowed one or more of our ancestors to take care of another hunter-gather until he or she could rejoin the community and workforce.

At the front end of 21st century America, we have largely institutionalized compassion, and individual decisions about to whom we offer our support and to what extent are overwhelmingly made for us by our elected officials.  Of course, it doesn’t stop there.  Our lawmakers and people in government service can also decide that either podiatrists or orthopedic surgeons, but not both, are permitted to operate on the human ankle; or that it takes hundreds of hours of instruction to be certified to braid hair as a business.

When the government performs a function, it is always different in some important way from that function shaped or constrained by markets.  So it is with collective bargaining, but the debate in Ohio this fall over the conditions of taxpayer support for government employees has shown little understanding of the differences. It used to be common knowledge that if Ford or Exxon workers went out on strike, there were alternative opportunities to buy cars and to fuel them.  Government services have historically been critical, exclusive, and non-competitive, precisely because there was nowhere else to go to obtain them.

A front-page newspaper picture of a luckless homeowner trying to put out a fire in his residence with a garden hose while the Dayton firefighters sat out on strike pretty much killed off Ohio’s 1977 attempt at letting taxpayers bargain with government employees on terms and conditions of employment. (At about the same time, President Jimmy Carter ended the 15-year federal experiment of giving public-employee unions the right to collectively bargain with federal government agencies by Executive Order.)  The Ohio bill passed finally in 1983.

The referendum battle to repeal recently legislated reforms to this system was joined last weekend by competing televised ads: one featuring the Toledo mayor in which he says that he needs the tools provided by the new law to do his job for the taxpayers, and the other with a countering plea from a government employee union alleging that the recently passed reform will not assure enough firefighters to secure the public safety.

Heroic firefighters, local law enforcement, and inspiring teachers remain our best hope for both safety and civilization.  They deserve our undying thanks and our support to the best of our capability.  But the issue here is whether officials running government agencies can budget to support these dedicated public servants without the help of arbitrators who are completely unaccountable to the taxpayers who provide all government jobs. Our elected leaders are quickly learning that they must take control back from the fiscal autopilot which will breach a 90% ratio of Ohio debt compared to Ohio gross domestic product as early as 2031, according to the most recent study.  For example, school administrators need the authority to decide that some other educational need is more pressing at the moment than an automatic annual salary increase for a high school guidance counselor currently earning $93,000 a year.  And shouldn’t a city council member be able to question the need for more resources in law enforcement in a town where both crime and population are declining?

The fiscal profile of Ohio’s government employees has been thoroughly charted and analyzed by the Buckeye Institute for Public Policy Solutions.  This information is now available to help us inform ourselves for the important vote coming this fall. There is a wealth of critical information for voters at: http://www.buckeyeinstitute.org/getthefacts/.

Ohio taxpayers are inclined to be appreciative and generous, but most probably want some kind of accountability to be built into any system which compels their support.

Next post: How Smart Growth and Livability Intensify Air Pollution