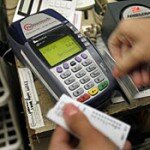 Bank of America may be the first major bank to raise its fees on debit card usage, but it will not be the last. The consequences of the federal government’s crusade against “unfair” credit card interchange fees have only started to emerge. Thousands of card users are now being charged higher interest rates and now ATM user fees while receiving less-generous rewards programs.

These consequences should not have been a surprise to regulators. While reductions in the fees may appear to benefit consumers in the short run, the experience of other countries, including Australia, has suggested that forcing down interchange fees affects consumers in less obvious ways.  The Government Accountability Office also found that capping the fees will cut benefits like rewards programs and could result in higher interest rates, making credit less accessible.

Interchange fees are charged to retailers each time a consumers uses a credit card for payment. The fee, which typically is charged at a rate of 2% of the purchase price, is used to cover the cost of the electronic system used to process the payments.

Not surprisingly, the biggest opponent to these fees are major retailers. A long campaign by retailers lobbying for the cap was the main catalyst for the new fee caps. The lobbying battle in the months leading up to the vote on the financial reform bill was fierce. Retailers’ groups argued that the fees were unfair and that the mandated reduction would be good for the economy. The Merchants Payments Coalition (MPC), for example, argued that the fees amount to a hidden tax of nearly 2% on just about every credit card transaction.

Banks, thrifts, credit unions, and credit card networks say the fees cover the risk of nonpayment, cost of processing transactions, and expense of maintaining the credit system infrastructure. They say the fees are justified and fairly reflect the cost of building and maintaining the networks that make instant credit possible. Opponents of the caps noted that merchants never contributed a penny to the cost of building the networks and their participation in those networks is optional. Card issuers also warned that the caps would lead to higher credit card fees for consumers and the cancellation of credit card reward programs, a warning which now seems prescient.

In the end, the retailers prevailed. Combining two of Sen. Richard Durbin’s previous proposals to address interchange fees, an amendment that gave the government the power to regulate the fees and require they be “reasonable and proportional to the costs of the issuer or the payment network” was added to the Dodd-Frank financial reform bill.

The new rules under Section 1075 of the Dodd-Frank bill also prohibit restrictions on both minimum and maximum transaction amounts for debit purchases, and would allow merchants to offer discounts designed to steer transactions toward other networks or to other forms of payment like cash or checking, which is currently disallowed by some networks.

On balance, the decision to cap these fees will likely continue to hurt consumers while lining the pockets of big retail companies. While retailers may see higher profits, there’s no assurance the savings will be passed on to consumers.