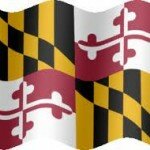 Maryland’s choice of a short-term fix, in the form of a major federal loan, for its broken unemployment system will spell future problems for the state. The state’s unemployment trust fund, which continues to dwindle with increased costs, is a program that requires more then periodic bailouts to remain sustainable.

In order to pay back the federal loan and keep the fund solvent,the state has had to maintain high unemployment taxes on employers, according to the Washington Business Journal. This will continue to hurt employers around the state and discourage them from hiring. The added cost of doing business in-state could drive even more companies out of state. In short, it seems likely to make an already dire unemployment situation worse.

“The state’s unemployment fund contained $427.7 million as of Sept. 30, but the state is saving $133.8 million of that to repay a loan it took from the federal government in March because it had run out of money to pay unemployment benefits. If the debt is not repaid by the end of the year, the feds will charge interest.

As a result, businesses will continue paying between $187 and $1,147 per employee in 2011, depending on how many people they have laid off recently.

There are six sets of rates that can be applied to the first $8,500 in wages employees make, depending on the size of the state’s unemployment trust fund and the total amount of taxable wages earned in the state.

Policymakers in Annapolis have to shape up and work to fix Maryland’s problems themselves rather than looking for more federal bailouts.

Previous post: Bad Ideas From Vermont: Too Big to Exist

Next post: Letter From Washington: Behold The Cargo Cult