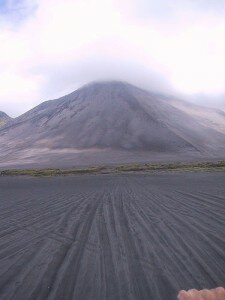 photo of Tanna Island, home to the original Cargo Cult, by Eamonn Lawlor/Flickr, used under a Creative Commons license

Over at FrumForum I comment on the obsession with housing policy that inflicts both Left and Right.  While my target in the piece is Barney Frank—who favors massive government intervention to build low-cost rental housing—I make it pretty clear that Republicans and conservatives are responsible for at least as many housing misfires as Frank and company.

To expand on my points, it’s fair to say that a sort of “cargo cult” mentality afflicts both parties when it comes to housing. Both liberals and conservatives, historically, have believed that simply putting people in the type of housing that’s in keeping with the ideology will transform society to their liking.

The Republican homeownership agenda, which I saw developed first hand, was based on the premise that turning millions of lower-income people into homeowners would encourage them to become self-reliant, entrepreneurial and even politically conservative. (I believed the first two of these things myself.)

This is backwards: people become homeowners because they are self-reliant, entrepreneurial and perhaps politically conservative in the first place.  Giving somebody a home does not make them that way.

Frank, and liberals before him, think that living in well-designed “modern,” “scientific” housing overseen by watchful, caring government bureaucrats will uplift the poor and give them the opportunities that untrammeled free markets unfairly deny them. This is equally wrong.

Communities with decent schools, safe streets, strong houses of worship, and significant employment opportunities offer opportunity for upward mobility even when housing is pretty bad. New York is a good example: even in a major recession, the city remains very much on the upswing, adding people and vitality to a place that many wrote off even 20 years ago.  Because of destructive anti-market housing policy of rent controls (which current HUD Secretary Shawn Donovan actually helped to undo during his stint in the Big Apple), it’s the only large city where middle class families still live in public housing. And much of this housing—broken elevators, leaky roofs, and the like—isn’t very nice at all. But the city thrives.

On the other hand, cities that build lots of nice housing but fail to provide a good environment—witness Baltimore, both the top recipient of Hope VI dollars to build new public housing and the American city that declined most in 1990s—don’t succeed anyway.

In short, housing policy comes up short when it comes to achieving whatever goals liberals or conservatives have.  Sure, housing matters. Sure, it’s better that people live in nicer housing. But most thinking about housing reflects a cargo cult mentality.

A significant northern California earthquake—something that most seismologists think is inevitable—isn’t likely to have major consequences for the insurance industry. And that’s a bad thing.

Right now, indeed only about 10 percent of Californians have earthquake coverage, most of it written through the quasi-public California Earthquake Authority. (CEA, which has to lay off all of its risk to the private sector, is actually a pretty good way of structuring a public insurance entity.) For most houses destroyed, in other words, lenders would have no recourse.

Since Fannie Mae and Freddie Mac still securitize most mortgages, furthermore, there’s a good chance that the two massive GSEs would end up holding the bag. And, given the government’s demonstrated willingness to bail both of them out, there’s little reason to think that taxpayers wouldn’t end up having to fund all of this.

The root problem is this: California law makes it impossible for lenders to require earthquake coverage.  The lenders would be happy to do so—in fact they want to—but aren’t going to raise a fuss because, right now, they expect that taxpayers (not their stockholders) will end up holding the bag in the big one hits. Things have got to change.

It’s interesting, to say the least, to compare this analysis of online dating site OkCupid.com’s user base and the Kinsey Institute’s much touted National Survey of Sexual Health and Behavior. The scientifically controlled Indiana study is likely a more accurate sample, but the enormous size of OkCupid’s samples compared with the much smaller samples (and much lower certainty) of the Indiana Study mean that there may be at least a some cases where the OkCupid is closer to the truth. (OkCupid founder Sam Yagan was a guest on the FIRE podcast talking about what the dating site’s data reveals.)