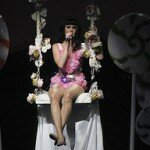 photo by nooccar/Flickr, used under a Creative Commons license

Last week, Heartland hosted a briefing on Sen. Wicker’s COASTAL Act. The turnout was very good—about 40, standing-room only–and audience members asked me, former South Carolina Insurance Commissioner Scott Richardson, and engineer Rob Melton a lot of very good questions. A lot them focused on the Write Your Own Program and how the implementation of the Wicker Plan for Standardized Loss Allocation might impact it.  I have two thoughts about: First, the impacts on WYO probably won’t be that significant and second, even if they are, these consequences won’t be a public policy problem.

Let’s start with the basics about WYO. Essentially, WYO program is an arrangement by which the federal government writes flood insurance and has P&C carriers service the policies. The P&C carriers get about 30 percent of the premiums for their work and send all actual claim bills to the federal government. To my knowledge, all but two sizable insurers (Chubb and State Farm) take part in WYO. (And State Farm writes NFIP Direct policies through its own agents, which, from many consumers’ standpoint looks almost the same as WYO.) In theory, this saves on adjustment costs and conflicts of interest since a single adjuster services the policies.  Consumers also get the convenience of calling one number or visiting one website for claims service.

A switch to SLA model wouldn’t really disturb this arrangement even if it were mandatory for WYOs. Although participating in SLA per se might create slightly more paperwork at the home office level, doing claims adjustment by formula would presumably reduce costs significantly when claims were made.  If the model worked, it would reduce litigation risks and provide an incentive to service more policies via WYO.  If the model were poorly designed, then yes, companies would likely leave WYO but that would be a good signal to improve the model until they came back. Given the incentive structure for FEMA as well as the experience in creating the models, I’d guess that the model would be right to begin with. Furthermore, carriers (although they don’t say so in public) already load their exposure for the risk that they may, de facto, have to pay flood claims. They could cut rates, gain market share, and maintain profits under an SLA model.  A few smaller carriers that write only a handful of policies might well drop out of WYO rather than deal with the paperwork at the home office level but that all sizable carriers would remain in and actually expand their writings under SLA.

If there’s a mass exodus from WYO, however, I don’t think it would be a major problem. NFIP Direct seems to work moderately well already and, when it comes to simply processing insurance type claims, the government does a perfectly adequate job. Right now, the fees that private insurers collect from WYO are far in excess of the fees charged within the private sector for similar services (which average 5 or 6 percent rather than 28 percent).  The advantage to consumers—being able to make a claim with a single phone call or e-mail—is pretty small and most probably wouldn’t notice the difference if they ended up in NFIP Direct.

Bottom line: I think that Wicker’s proposal will probably be good for WYOs and increase participation in the program. If it doesn’t, however, it just isn’t that big a deal anyway.

Katy Perry, she of the nice, very big, um, errr, personality, has decided to get all political. In an interview with Rolling Stone, the singer (and voice of Smurfette in the forthcoming Smurfs movie) weighs in on health insurance. She favors “free healthcare.” Here’s what she says:

Anyway, not to get all politically divulging and introspective, but the fact that America doesn’t have free health care drives me f*cking absolutely crazy, and is so wrong.

Note to Katy: no other developed country has “free” healthcare. Even the UK’s National Health Service (which doesn’t charge fees or premiums) refers to itself as “Free-at-Point-of-Service” which is an admission that, obviously, somebody somewhere (the taxpayer) pays for what is provided. Premiums, co-pays, co-insurance and occasional out-of-pocket payment are the norm in France, Switzerland, Germany, Netherlands and most other countries. Canadian provincial health insurance plans have next-to-no fees and co-pays for services but do charge everyone annual premiums in the most populated provinces while Canadian hospitals charge extra fees for things like private rooms and televisions that are included in American hospitals.  Yes, the United States has relatively more access-to-care problems than some of these countries–although no country provides perfect access to everyone—but making care “free” wouldn’t necessarily solve them.

***
Last week, I thought that we were going to have a deal on TWIA—Texas’ semi-public wind insurer–by this point. Looks like we may not unless something changes: there’s still an impasse and I don’t know if it’s going to be resolved.

I’m fully supportive of the pro-reform side on the tort issues that are the current hang-up but I’m not at all convinced that TWIA’s tort exposure is the most important thing going on. If the reforms shrink TWIA as they are intended to, the rules for torts against TWIA won’t much matter because TWIA will be so much smaller. That’s the hope, at least.