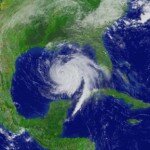 If you are a current TWIA policyholder or plan to buy property along the Texas coastline, then the following chart is for you.

During the last legislative session, lawmakers passed a bill aimed at reducing the exploitations in the claims process and reducing litigation for homeowners covered by the Texas Windstorm Insurance Association (TWIA). Unfortunately, the inherent issues of a state running an insurance company were not addressed in the legislation but rather a complicated tort system was designed in reaction to the multiple accusations of abuse.  As you can see from the chart below, the complexity of the process underscores that private industry, rather than governmental programs, offer the most streamlined and efficient product to the marketplace.

The Texas Tribune has plotted the new claims process here:

It has been over three years since Hurricane Ike hit the Gulf Coast, and we are still cleaning up the mess.

Millions in federal stimulus money meant to aid rebuilding low income homes has been squandered through fraud and mismanagement.  Since the Texas Department of Housing and Community Affairs has yet to reconstruct homes, businesses and infrastructure with the remaining $3 billion, these funds were transferred to the General Land Office this week. The head of the troubled agency has been replaced and Texas Land Commissioner Jerry Patterson will now oversee the disaster recovery. Officials expressed dismay that Texans continue to live in trailer homes while two agencies sat on billions in aid. The Land Office has promised to rectify the situation by spending all of the HUD money on recovery efforts by the end of 2015.