Is agreement in sight on NFIP reforms? 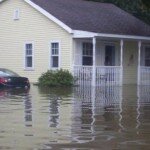 Congress may finally be nearing an agreement on a extension of the National Flood Insurance program, which is due to expire in early October. While the two bills moving through the House and Senate are different in some ways, the basics of the extensions and reforms are similar in each bill. In a new Bloomberg article, Arthur Postal examines the similarites between the two bills and the reactions from the insurance industry and both political parties.

According to Eli Lehrer, vice president for DC operations at The Heartland Institute, the two bills are basically on the same page.

““For the first time since the program expired, the House and the Senate are essentially on the same page,” said Eli Lehrer, a vice president at the Chicago-based Heartland institute, a research and education group that promotes free- market ideas. “On the big questions that have gummed things up in the past, the bills appear extremely likely to have the same things in them.”

The House NFIP bill would call for NFIP’s premiums to move towards actuarially sound levels, which is not currently the case.

“In addition to reauthorizing the program for five years, Biggert’s legislation would allow premiums to rise toward actuarially sound levels, link coverage limits to inflation and phase in coverage requirements for those who fall in newly designated flood zones. The bill would also establish a new system for handling flood-plain mapping.”

A few issues do exist between the two bills. One difference is the inclusion of Senator Roger Wicker’s language that would address one of the biggest issues with coastal insurance, the allocation of wind and water losses in the aftermath of a major storm.

“A few issues between the two chambers remain, particularly the final shape of the Senate version. Senator Roger Wicker, a Mississippi Republican, has secured the support of Shelby and Senate Banking chairman Tim Johnson of South Dakota to include language that would address wind damage — an area of contention between the insurance industry and some lawmakers in the wake of the 2005 storms.

Wicker’s proposal, which is expected to be included when the measure is debated on the Senate floor, would create a system in the program for allocating losses between wind and water damage when properties are destroyed. The flood program covers damage from water but not wind, a distinction that Wicker and others have said is hard to make in the wake of a hurricane.”

Next post: FIRE Podcast- Introducing RJ Lehmann: New editor of Out of the Storm News