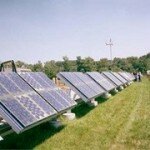 The New York Times (via Climatewire) runs a very good article by Evan Lehmann (no relation to OOTS editor Ray Lehmann best as I know) about the possibility that some National Flood Insurance Program risks may be shifted to private reinsurers. Although it isn’t the end result I’d like to see—privatization of most or the entire flood program—the idea of moving flood insurance towards the private sector is a very good and very strong one. But it isn’t enough. If Congress and NFIP are serious about actually getting the private sector involved in the flood insurance program, it should consider a few more incremental steps that would move things in the right direction. The private industry, particularly Write Your Own insurance carriers, will almost certainly oppose them, but they’re worth pursuing to some extent. Two ideas stand out in particular in my mind.

First, require WYOs to have some skin in the game. It doesn’t have to be a lot to start with. But there’s no reason why Write Your Own carriers shouldn’t have to take on 5 or 10 percent (perhaps with a cap on total loss) of the risk to participate in the program. Insurers know how to manage risk and, even with adverse selection bias inherent in flood insurance, should be able to take on at least a little themselves, in return for risk-based premiums.

Second, allow NFIP take-outs. There are a number of companies that write high-end private flood insurance. If any admitted market company wants to assume full responsibility for any NFIP policy, it should be able to with virtually no questions asked. This isn’t going to be a large market, but, certainly, there have to be some policies in the conforming book of business that already get more-or-less market rate and shedding them from NFIP could make a lot of sense. It’s true that this could slightly worsen NFIP’s overall book of business but that, in turn, would just be a reason to bring more rates to risk-based levels that would allow the private sector to take them over.

A colleague who I like and respect has argued that getting rid of fossil energy subsidies while leaving some “green” subsidies in place is akin to unilateral disarmament. I don’t think this is a good analogy for three reasons.

First, there’s no “war” being fought except for the constant “war” of the marketplace. If huge, profitable fossil fuel companies go out of business or even see a significant reduction in share price because a few small subsidies are provided to their competitors, then they clearly have other problems.  I’m ideologically against all for-profit business subsidies of any kind, but subsidies to mature, profitable companies are the least defensible of all.

Second, when it comes to developing products for true public use (that is, a public entity is the primary or only end consumer of them), subsidies to private firms can and should be justified. I’m perfectly comfortable, in principle, with the existence of In-Q-Tel, the venture capital firm that the CIA runs to develop technologies useful to the intelligence community. (I have no real idea of if In-Q-Tel itself is well run or funds worthwhile projects that actually improve strategic intelligence capacity.)

Energy subsidies, in limited cases, may pass the same test as In-Q-Tel. While I have huge doubts about the wisdom of civilian ethanol subsidies and think “energy independence” is both unnecessary and a bad idea, for example, it does seem to me that it’s sensible that the military have some idea how it could run tanks and fighter jets without using fuel from the Middle East. Thus, while I’d be perfectly happy with abolishing all civilian energy R&D efforts, I don’t think that a rule that the government never does energy R&D of any kind is a good one.

Finally, “all or nothing” almost never happens in politics. Government programs can be—and are—eliminated but it rarely happens all at once.  There are so many different and diverse energy subsidies that it’s probably quite literally impossible to get rid of all of them at once. (Loan guarantees, for example, probably can’t be unilaterally terminated without provoking a lawsuit that the recipients of the guarantees would likely win.)  If we insist on all or nothing, then we get nothing. If we look for incremental steps, then it’s much easier to get those accomplished.

Ray Lehmann starts this week as editor of Out of the Storm News replacing his wife, Arin Greenwood, and interim editor Matt Glans.  Ray will have a free hand and my full support in efforts to change and improve OOTS. Watch for interesting, exciting changes.

Next post: Campbell earthquake plan no better than Feinstein’s