But new legislation set to be introduced today by D.C.’s non-voting delegate, Rep. Eleanor Holmes Norton, D-D.C.,  looks to turn that motto on its head, seeking a significant exemption from taxation as a path to earning much broader representation in the global financial markets. 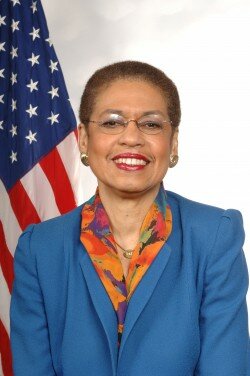 Norton’s bill, the District of Columbia National Disaster Insurance Protection Act, would designate D.C. a special tax jurisdiction where reserves and related investment income set aside by insurers and reinsurers for natural catastrophe losses could be deposited free of federal income tax.  The bill seeks to establish the district, already a major center for captive insurance and risk retention groups, as a property catastrophe hub on par with offshore reinsurance centers like Bermuda.

“Retaining funds here in the U.S. would fuel both the local and U.S. economies, would provide the protection of U.S. laws for individuals and businesses with property and casualty insurance and would protect U.S. taxpayers, who would otherwise likely have to pick up the tab if there were a failure in reserve fund availability,” Norton said of her bill.

The legislation evolved out of proposals refined over the years by Lawrence Mirel, D.C.’s former commissioner of banking, insurance and securities. Now a partner with Washington law firm Wiley Rein LLP, Mirel told OOTS that D.C.’s unique position among federal jurisdictions – with Congress empowered to set local law – is ultimately what makes it possible for federal legislation to carve out a specific exemption from the tax code imposed in the 50 states.  He said there are precedents in the tax exemptions granted to firms that open manufacturing centers in Puerto Rico, as well as to capital gains exemptions granted to those who do business in the district’s urban development zone.

Mirel said he was unsure of the political prospects for the bill, but underscored that it should not be viewed as costing the federal government tax revenues. He noted that some $60 billion in catastrophe reserves tied to U.S. property risks currently are housed in Bermuda, the Cayman Islands and other jurisdictions outside U.S. tax jurisdiction. Under the regime the legislation would establish, some portion of those funds would instead move to the district, providing economic opportunity in a city that long has been hamstrung in its ability to grow its private taxable base.

“In scoring this in the past, they did it wrong. They looked at what the U.S. pays in catastrophe reinsurance and took U.S. tax rates and calculated that’s what you’d lose. But of course, that’s nonsense, because you’re not collecting it now,” Mirel said.