Letter from Washington: Financial services will follow retail to the web

Just across from The Heartland Institute’s D.C. offices in Dupont Circle, a business called Melody Records is closing its doors. The place was apparently a D.C. institution 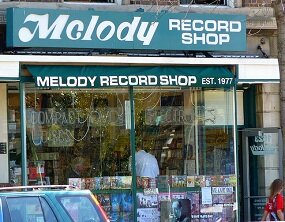 although I had never been there and, honestly, don’t think I’ve bought a physical CD for myself in the past decade. The store’s closure, which leaves only about a half-dozen record stores within the District’s city limits, was probably long overdue.

Buying physical CDs is more expensive, time-consuming and difficult than downloading music, particularly since I—like everyone else I know— long ago converted my CDs to digital formats anyway.  Although it is possible to imagine some niche businesses like classic vinyl record stores remaining in business, I expect that all of the other record stores in D.C. will close before the end of the decade.

So what does this have to do with financial services issues? Simple: it’s an indication that financial services sales—at least to ordinary consumers–will move online at an even faster rate than they have over the past decade. And they’ll do so because all financial services products are almost perfect to deliver online: Like an MP3 file, an insurance policy or share of stock has no real physical presence but still has a value that can easily be measured in dollars. Thus, there’s a huge advantage to selling it online without the need for real estate or large sales staff: the costs of shipping, mailing, distribution, rent and so forth can be reduced enormously by selling the product online and consumers will pay less and may get a better product with more features.

This doesn’t mean that insurance agents and brokers won’t have a role at all. They’ll operate websites and, as more general-purpose financial advisors, still operate out of offices like the ones they have today. But people who simply want to buy insurance policies (or securities or banking products) will manage them entirely online. It’s difficult to figure out any advantage to conducting these transactions on a face-to-face basis.

And it probably won’t stop with music or books or financial services. Over time, indeed, I’d predict that the percentage of almost every category of goods sold online will increase in direct proportion to how much they cost per ounce.

Let me digress a littler further. Things like music, insurance policies and ebooks that are infinitely expensive per ounce will eventually be sold entirely online. Physical objects that can’t be transmitted over the Internet, but are very expensive on a per-ounce basis (jewelry, for example) will also increasingly move online, since the cost of shipping them directly to the consumer is a lot less than renting space and hiring sales staff. Provided that the government doesn’t stop them, so will sales of other luxury goods like high-end wines.

But while the Internet may be a good place to research such purchases, it’s probable that automobile sales will never take place largely online because cars are too “cheap.” I don’t literally mean, of course, that cars are inexpensive but, rather, that they’re cheap per ounce: a typical Toyota Camry with a fair number of options costs about $24,000 and weighs about 3,300 pounds. This comes out to about 80 cents per pound. This is a little more than milk (a gallon of milk weighs 8.34 pounds and costs about $4.00 or, about 50 cents per pound) but much more than, say, the $3.00 or so one pays for a hamburger.

This rule isn’t going to be perfect. Some very complex financial transactions will probably continue to take place face-to-face simply because of human factors.  Some items like couture clothing that need to be fitted will probably never move online altogether. But over time, I’d predict that almost all financial services transactions are going to take place online for just the same reason that almost all music sales will soon take place online.

The Florida Legislature starts work in earnest next week for its 60-day session. With redistricting on the agenda, here are my predictions, for whatever they are worth:

Reforms to personal injury protection (although not everything insurers want) pass as does reform of the Florida Hurricane Catastrophe Fund. Reforms of Citizens Property Insurance Corp. move forward in a modest way although, again, less than many would like.

I’ll hold myself accountable in March when the session ends.

FrumForum, where I have been a regular blogger for the past three years, is shutting its doors as editor (and my political role model/guru) David Frum heads for Newsweek/Daily Beast. In fact, his first posts will be up around the time you read this.

David is one of the greatest political thinkers of our age and indulged my insurance obsessions on his site. He promises to be a great addition to The Daily Beast. As for me, I’ll be blogging more on OOTS and Huffington Post myself, as well as looking for other ways that I might work with David going forward. I’m sorry to lose FrumForum but I think that the platform that David gains is more than worth political commonsense that he’s done so much to spread.