In a move that cheered some liberals and infuriated many conservatives, President Barack Obama moved Jan. 4 to name former Ohio Attorney General Richard Cordray as head of the 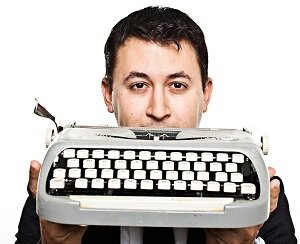 Consumer Financial Protection Bureau in a recess appointment, thus sidestepping a Senate confirmation process in which Cordray’s nomination had been stalled. As the House has remained technically in session through a series of “pro forma” meetings, Republican leadership contend that the Senate did not have authority to formally adjourn, and are expected to challenge the appointment on ground it does not pass constitutional muster.

In this week’s edition of the FIRE Podcast, we talk to conservative journalist J.P. Freire, who contends that the appointment represents a dangerous “power grab” by the White House, in violation not only of precedent, but of the text of the Dodd-Frank Act. Writing recently in the Washington Examiner, Freire argues that the problems actually go back to Cordray’s predecessor — Harvard University professor Elizabeth Warren, widely considered architect of the concept of the CFPB — who Freire says acted in violation of the law’s intent by taking actions one would only expect from a director, despite never having been nominated to that position.

To summarize: She wrote rules. She met with executives. She hired staff. She even had two separate offices. Yet taxpayers are supposed to believe she was merely some kind of special adviser and not CFPB’s interim director?

Listen to the episode here, or subscribe to the FIRE Podcast in iTunes.

Next post: Letter from Tallahassee: State of the Sunshine State