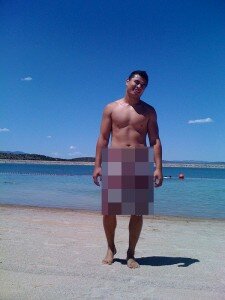 Be grateful you don't see much more.

A recent article in the South Florida Sun Sentinel tries to hype the “meanest stretch” of hurricane season but left me with another impression: efforts to predict the intensity of any given hurricane season are  mostly a matter of guesswork. A few months ago, most “experts” were predicting a really bad hurricane season. So far, this year, not a single hurricane has made landfall anywhere in the America’s. But, of course, an expert the paper quotes points out that some hurricane seasons that have started slow have ended up very active.

The real conclusion here, I think, isn’t that we should worry about a hurricane seasons in general but, rather, realize that we’re still a very long way from developing any understanding of how and why hurricanes form. The best established forecasting pattern pattern seems to be thirty year periods of heavy hurricane activity followed by thirty year periods of lighter activity. And even there, we have only 45 years of global satellite data (with partial data starting in 1960). An absolutely-for-sure establishment of the pattern would require exactly double the solid data we actually have on hand.

This indicates, more than anything else, that we’re better safe than sorry. The best ways to deal with hurricanes will remain the commonsense ones: retrofit infrastructure, encourage people to buy insurance, avoid subsidies for development in hurricane-prone areas, and invest in property mitigation. Worse comes to worse, such policies will preserve more beaches and wetlands as open space. In the best case, they’ll make society a lot safer.

There’s been a fair amount of controversy lately about insurers offering “retained asset” accounts to life insurance beneficiaries.  These accounts, which beneficiaries can draw on by writing checks, are mostly a way of padding the profits of life insurance companies.   When they are offered, the insurer gets some or all of the float on the money, while the beneficiary decides what to do.  If life insurers really wanted to help beneficiaries, they could set up new accounts, each containing $250,000 or less, at multiple FDIC insured banks to make sure that the entire amount was insured and then let the client access all of them through a single draft mechanism.  But this isn’t what happens. In many cases retained asset accounts are held by insurance companies and are protected only through state insurance guarantee funds or SIPC (And both are usually inferior to FDIC coverage.)  There’s no reason to ban these accounts for beneficiaries that want them but, on the whole, offering them seems like a pretty slimy practice.

I’d doubt that the poll (a self-selected Internet sample) is worth much more than the bytes of data it consumes, but a recent survey from tripadvisor.com shows that nearly half of all Americans would consider visiting a nude beach, up nearly 18 percent from a similar poll from 2009.

I’ve never been to a nude beach and wouldn’t take off all of my clothes in public. But while vacationing in the Caribbean, I did visit a topless beach earlier this year. My sister-in-law and I spent about a half hour looking at the, ummm, scenery. Actually, however, by the time both of our wives got annoyed with our glazed expressions, we were pretty bored. So maybe, after awhile, it just isn’t that big a deal.

Next post: FOIA Request Of The Week – Where Does LaRouche’s PAC Money Come From, Go To?