FOIA Request Of The Week – Where Does LaRouche’s PAC Money Come From, Go To? 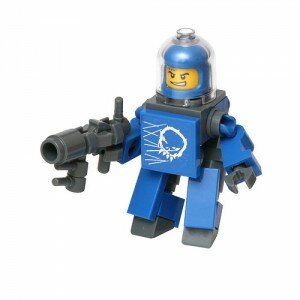 photo by pasukaru76/Flickr, used under a Creative Commons license

Frequent Presidential candidate Lyndon LaRouche has a Political Action Committee, and the PAC has an agenda: the extraterrestrial imperative to develop habitable environments in outer space; a massive overhaul of health care, including the repeal of the “Obama’s Hitler health bill” and the outlawing of HMOs; a policy for universal military training; a, like, really strong version of the Volcker Rule; and the impeachment of Obama.

It’s not all completely fringy stuff – after all, even Stephen Hawking thinks that space colonization is a necessity – but the PAC’s frequent use of a photo of Hitler-mustached Obama can be off-putting. (Plus, LaRouche was convicted of fraud for the misbegetting and misuse of funds relating to his 1984 Presidential campaign.)

The LaRouche PAC raised – and spent – some $6 million in the 2010 election cycle. Where does the money come from? Where’s it going?

This week’s FOIA Request of the Week did not require an actual FOIA request to the Federal Election Commission, since the website Open Secrets has already collected the information we were going to request about the LaRouche PAC’s finances.

Also, the monies transmitted to specific vendors are sorta interesting:

$129,705 was paid to Kathy Magraw, of Leesburg, Virginia, where LaRouche’s heavily guarded headquarters are headquartered. Magraw is LaRouche’s long-time Treasurer, according to FEC records. Magraw is married to Richard Magraw, who does security for LaRouche, and who testified in LaRouche’s fraud trial that Kathy Magraw gave him the money to keep in one of the LaRouche bank accounts implicated in the fraud trial. Side note: Leesburg is home to some of the controversy and mysterious deaths that seem to follow LaRouche around.

$100,451 went out to something listed in financial reports as “Thedub House.” in Ft. Lauderdale, Florida – we suspect that the reports meant to report this expense as “The Dub House,” a CD duplication facility.

$3,142,142 was paid to LaRouche Youth. This is not child support (LaRouche is said to have a rather comprehensive prescriptive abortion program) – it’s the cadre of young LaRouche followers, known as LaRouchies, who are instructed and who instruct in the teachings of LaRouche. The LaRouche Youth group has been compared to a cult. Photos show that members of the group wear pajamas in public.

So where does the money come from?

Outside of that, a large percentage of the nearly 5000 PAC donors are employees of the PAC or affiliated entities; another large percentage are retired, self-employed, and/or artsy types, like musicians.

The surprise? That there are a number of health care professionals – dentists, doctors, hospital administrators – and people involved in the financial services industries, giving money to the PAC. Unsurprising, perhaps, is the inclusion of donors form the aerospace industry.