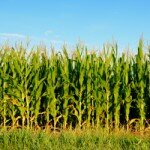 Farmers buy crop insurance to protect against crop damage caused by natural disasters and loss of revenue due to declines in the prices of agricultural commodities.

To move away from ad hoc government aid as a response to natural disasters, Congress has passed several expansions of the federal crop insurance program in the last few decades, including subsidizing premiums to encourage farmer participation. Now there are growing calls to end or reform the program.

Opponents of crop insurance argue it has become excessively expensive, complex, and inefficient, problems made worse by stakeholders taking advantage of the system, exploiting what was once a good program. Under the current system, insurance companies and their agents are guaranteed a significant profit selling crop insurance policies because of the government’s premium subsidies.

As part of his 2012 budget resolution, Rep. Paul Ryan (R-WI) proposes cutting almost $30 billion from farm subsidies, including for crop insurance, over the next 10 years.

Brian Riedl, Grover M. Hermann Fellow in Federal Budgetary Affairs at the Heritage Foundation, argues providing an annual subsidy to farmers even when no damage occurs is a waste of taxpayer dollars. He notes the federal government does not write checks to homeowners regardless of whether their homes have been damaged.

In a recent editorial in the Grand Forks [North Dakota] Herald, Greg Schwarz, president of the Minnesota Corn Growers Association, defended crop insurance subsidies by arguing they are necessary for farmers and good for consumers.

“The simple fact is that everyone wins with a strong crop insurance policy. It’s good for farmers because we’re not faced with losing our farms every time a natural disaster occurs,” wrote Schwarz. “But it’s also good for consumers, particularly those in urban areas who rely on others to grow all of their food.”

In an Omaha World Herald article, Roger Johnson, president of the National Farmers Union, argued crop insurance “is the most important component of the farm safety net for specialty crop producers and growers of most major crops” and was “specifically created to ensure that private insurance companies, not taxpayers, shoulder the burden of funding payouts following crises.”

Heartland Institute Vice President Eli Lehrer argues America’s crop insurance program is “a $6.5 billion annual waste of taxpayers’ money” and “one of the most egregious examples of welfare for business in the nation’s vastly overweight federal budget.

“Eliminating the crop insurance program should be an easy decision. The program is much more than a waste of money — it is also bad for the agricultural economy it is supposed to support and dreadful for the environment.”

Matthew Glans () is a legislative specialist in finance at The Heartland Institute.