The Illinois Department of Insurance is under new management, yet again. For the third time since last summer’s department of former Insurance Director Michael McRaith, now director of the Federal Insurance Office, Gov. Pat Quinn has appointed a new acting director for the department. 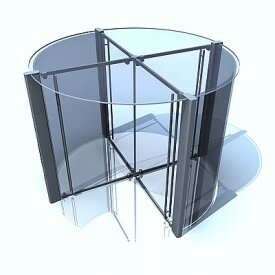 Robert Wagner, an 11-year veteran of the department and its current general counsel, has taken the reins as acting director, replacing Andrew Stolfi. Stolfi, whose term ended Dec. 23, in turn had replaced Jack Messmore, a 25-year department veteran who had been deputy director under McRaith.

Under Illinois law, acting directors may not serve longer than 60 days. Quinn has not as yet set a timetable for choosing a permanent replacement.

Meanwhile, in Montana, State Auditor Monica Lindeen, who also serves as the state’s commissioner of securities and insurance, has appointed Adam Schafer as deputy commissioner and chief of staff. Schafer, who previously served as executive director of the National Caucus of Environmental Legislators, replaced B.J. Hoven, the department’s interim deputy commissioner since last June.

In a statement, Kenton Brine, assistant vice president for the Property Casualty Insurers Association of America, said even though Montana’s legislature will not meet in 2012, the industry looks forward to collaborating with Hoven on such issues as preserving consumer choice in auto body repairs.

PCI will also coordinate with the department to monitor the impact of the workers compensation reform legislation enacted in the 2011 legislative session.  It is vital that the industry and its regulators work together to maintain a healthy and competitive market place that will give Montana consumers and businesses choices and access to a variety of insurance products.