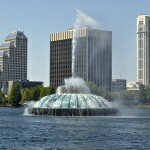 I spent a part of last week at the Conservative Political Action Conference in Orlando and, there, I spent a lot of my time talking about the tax on offshore affiliated reinsurance. The tax, which you can learn about here, is one of the very worst tax proposals made in recent years. By imposing massive tax penalties on companies that transfer risks within insurance groups, it would cause insurance rates in Florida and elsewhere to go up. In fact, the Florida legislature unanimously passed a memorial that would oppose it.

Walking around and talking with people about the tax, however, I ran into more people than I would have expected at a conservative conference who actually said they liked tariffs.  One gentleman, wearing a Rick Perry button, said that he was a “liberal on trade” because “they are exporting jobs like mine to China.” (He told me he works in a cement plant and, because cement cannot be transported more than about 50 miles, there is actually no way to outsource a cement-related job to another state, much less China. Whatever. )

Quite simply, a “free-marketer” who does not support free trade is not a free-marketer at all. In fact, trade barriers are worse than other types of regulations that many free-markers object to. Hardly any outside of the truly kooky right would object to the principle that the government ought to tax certain things in order to provide bona fide public goods and maintain regulations that promote health and safety. (Does any sane person honestly believe that the government should not provide police and courts or that it should be legal for a private individual to possess a nuclear weapon?)

Thus, regulations and taxes are really a matter of carrying out balancing tests. A classical liberal point of view starts with a strong presumption in favor of letting people do what they want to. But it does not involve a total absence of government-imposed regulations and taxes. On the other hand, almost all trade barriers intended to prevent the import of goods are a pretty basic violation of free market principles. Except insofar as they apply an even standard to goods produced elsewhere in the world, trade barriers are all intended, basically, to dictate that you must (or are at least strongly encouraged) to buy something from a company or individual who happens to be nearby because it will be “good for the economy.” To me, this places a much greater intrinsic burden on liberty than almost any given tax or regulation. See Dan Mitchell’s (very good) list of eight questions for trade protectionists for more.

It mystifies me how anybody who calls himself or herself a free-marketer can also be a trade protectionist.

A bill to repeal Michigan’s uncapped Personal Injury Protection statutes has begun to move forward in the legislature. Heartland issued a press release on the topic which includes some links to our prior work on the topic. I like the bill pending in the legislature, but, as I say in the press release, it doesn’t go far enough. Auto insurance, at least for people who have health insurance, shouldn’t be required at all in no-fault states. Auto insurance mandates exist to protect other drivers (a reasonable state function), and, with very narrow exceptions, individuals in no-fault states make claims only against their own insurance companies. Why then should the government really have any interest in people having auto insurance per se? It’s only providing personal protection, and, in some cases, it’s something people may not want. It’s actually a lot easier and more justifiable, in this context, to require health insurance than auto insurance. Hospitals and doctors, by law, must treat people regardless of their ability to pay. There’s no mandate anywhere that requires auto repair shops to perform repairs for people who cannot pay.  Thus, if Michigan really wants to improve its competitiveness, it should go further and allow people (at least those with health insurance) to drop auto coverage.

I already posted it on FrumForum but it bears repeating. And, yes, it’s absolutely true:

College Age Male Wearing a Rick Perry Button: I asked [Perry staffer] for a job or an internship at the end of the campaign and she said the governor would get back to me. Someone got back to me 11 months later to say no. And he pretended that he was doing me a favor by letting me know.

College Age Male Wearing a Ron Paul Sticker: That sucks. Do you want to support Ron Paul instead?